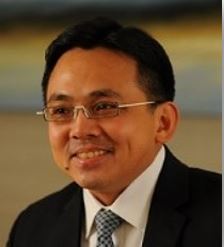 Mr Johnny Heng is Managing Director and Head of the Singapore branch in Liechtenstein-based VP Bank. He holds a Bachelor of Arts (Economics) from the National University of Singapore, a Master of Finance from Baruch College of The City University of New York and a Juris Doctor from the Singapore University of Social Sciences. He is married with 3 sons and his hobbies include playing football, badminton and golf. Two GESS teachers who left lasting impressions were Mr Lim Bun and Mr Wong Kwang Pin. As his Track and Field teacher/coach, Mr Lim taught him the art of succeeding by competing in the “less crowded field”. Mr Wong, as his NPCC teacher-in-charge, instilled in him the importance of leadership by example. He hopes for GESS to be an all-rounded school that lives up to her name by providing GESSIANs, present and future, with a balanced holistic secondary school experience. 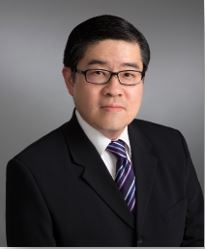 Mr Kenneth Tang is a lawyer in private practice. He is married with 1 child, has a Master’s degree and his hobby includes reading. Mr Tang’s most memorable teachers are Mr Lim Choon Beng and Mr Abraham Joseph. He finds Mr Lim strict but fair and remembers Mr Abraham Joseph as a teacher who could identify well with the students. Mr Tang wishes for GESS to be a premier school and to give a chance to students from all backgrounds, to be something more. Additionally, he hopes the school will instill a sense of giving back to society in her students. 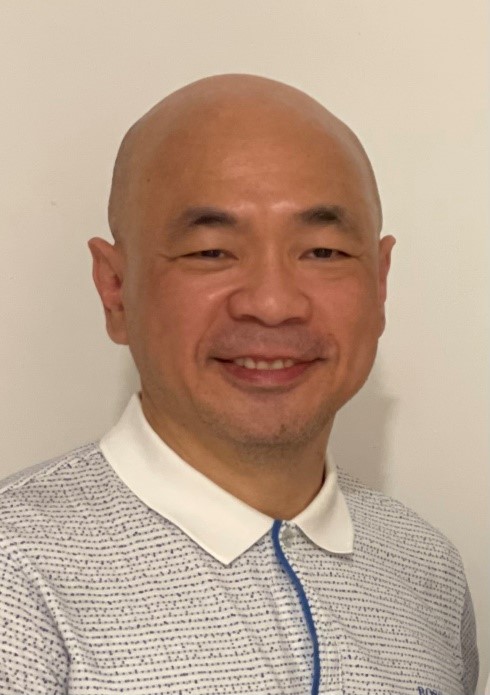 Mr Lim Hock Guan works at United Overseas Bank.  He is married with 2 sons, enjoys food and keeps active with regular exercising.  Mr Lim graduated from National University of Singapore with a Bachelor of Business Administration.   Two of his most memorable teachers were Mr Lim Choon Beng, who was in charge of NCC, and Ms Chan, who taught him Additional Mathematics in Secondary 4. 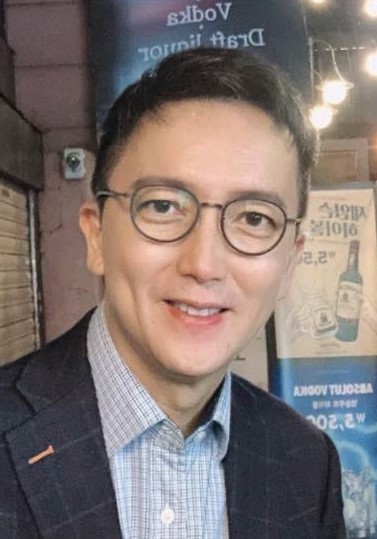 Mr Chiu Wu Hong is a tax partner in KPMG Singapore.  He has a Bachelor of Business Degree (major in Accounting) from the University of Tasmania.  He is a fellow member of CPA Australia and member of Singapore Chartered Tax Professionals.  He is married with 2 daughters and his hobbies include reading, listening to music and travelling.  His most memorable teacher is Mr Lim Choon Beng who was very passionate in his work and always willing to go the extra mile to help the weaker students.  Mr Chiu hopes GESS will be a top school and produce students who do not only excel in their studies but also have a heart to give back to the society. 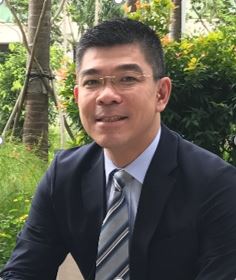 Mr Lawrence Lim is the General Manager of EIOS 99 Pte Ltd, a subsidiary of Israel Aerospace Industries (IAI). He joined the private sector after retiring from the Singapore Armed Forces (SAF) as the Chief of Artillery in May 2016.  Lawrence holds five Masters degrees from the Imperial College of London, Naval Postgraduate School (USA), Royal Military College of Canada, and the Massachusetts Institute of Technology (MIT). Besides winning the Leading CEO Award from the Singapore Human Resources Institute in September 2014, he also received the Singapore SOKA Association Goodwill Award (Leadership) in 2015, and won the Singapore Defence Technology Prize (Research & Development Category) in 2006. He hopes Gan Eng Seng School will continue to groom students to become leaders for Singapore and inspire them to always give off their best.  He fondly remembers Mrs Cheong Peck Yoke and Mdm Foo Lee Lian who took time to mentor and guide him to become a better person.

Mr Muhamad Imaduddien is a Deputy Public Prosecutor with the Attorney-General’s Chambers. He is married with 1 child and his hobbies include playing badminton and volunteering. His most memorable teachers are Ms Catherine Ng and Ms Mah Lai Heng. He recalls fondly of how Ms Ng ignited his interest in playing a number of sports at the inter-class and eventually, at the zone and national level. He will also be forever grateful to Ms Mah as he would not have passed his ‘E’ Maths and Chemistry exams without her patience and guidance. Mr Imaduddien wishes for the students of GESS to remember that learning is not something that happens only in school but is something that can and should happen all the time. He also hopes that they continue to ask “why?” 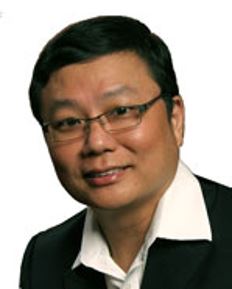 Mr Samuel Ang is the Chairman of the National Research Foundation (NRF) funded Incubator & Accelerator, Pollinate. He is also involved in many major social development initiatives with the Asian Development Bank (ADB) throughout Asia and a regular speaker at ADB international conferences.  He has a Bachelor of Electrical Engineering (NUS) and Masters in Business Administration (HU).  He is married with 3 children and his hobbies are sailing, walking and reading. His most memorable teachers include Mr Lim Choon Beng (NCC – instilled discipline and leadership) and Mdm Foo (Geography – sparked my interest in the world we live in when reviewing history and geography). He hopes all GESSIANs will always be resilient and continue sailing “Onward” in the Chinese junk as featured in our GESS crest. 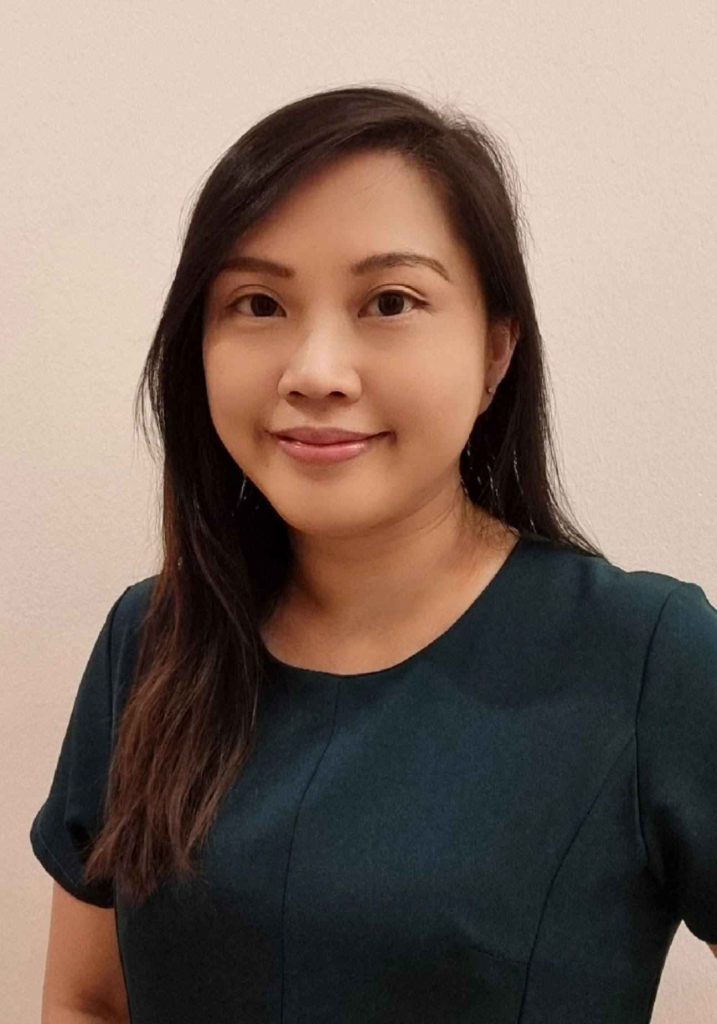 Ms Lee Siow Hwee is the Executive Director of Consumers Association of Singapore (CASE).  Prior to joining CASE, she served in the People’s Association (PA) for 18 years in various appointments.  She holds a Bachelor of Science (Psychology) degree from the University of Southern Queensland.  She is married with two children.  Her most memorable teacher and friend is Mr Kho Cher Chong, whom besides Chinese language, taught her important values in life.  For the past decades, she and her friends continue the tradition of annual Chinese New Year gathering at his place.  She hopes for GESS to be a leading school that helps students reach their full potential, and be prepared and adapt to this VUCA world. 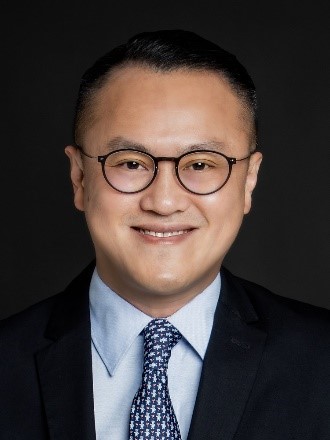 Mr Sam Liew is a Managing Partner, Government Strategic Business Group at Singtel NCS Group.  Sam is also the Board Member at Gardens by the Bay and Vice President at the Singapore Computer Society.  He also serves on the Boards of SMU School of Computing and Information Systems and Singapore Polytechnic School of Computing.  Sam graduated from Nanyang Technological University with a Bachelor of Accountancy (Hons) degree.  He is married with a son and enjoys watching Netflix and Tiktok videos.  Sam has several memorable teachers, including Mr Andrew Monksman, who taught Sam the finer skills of Drama and Debating in the English Literary Drama and Debating Society (ELDDS).  Another teacher that Sam remembers fondly is Cikgu Yusof, who was his coach in the GESS Soccer Team.