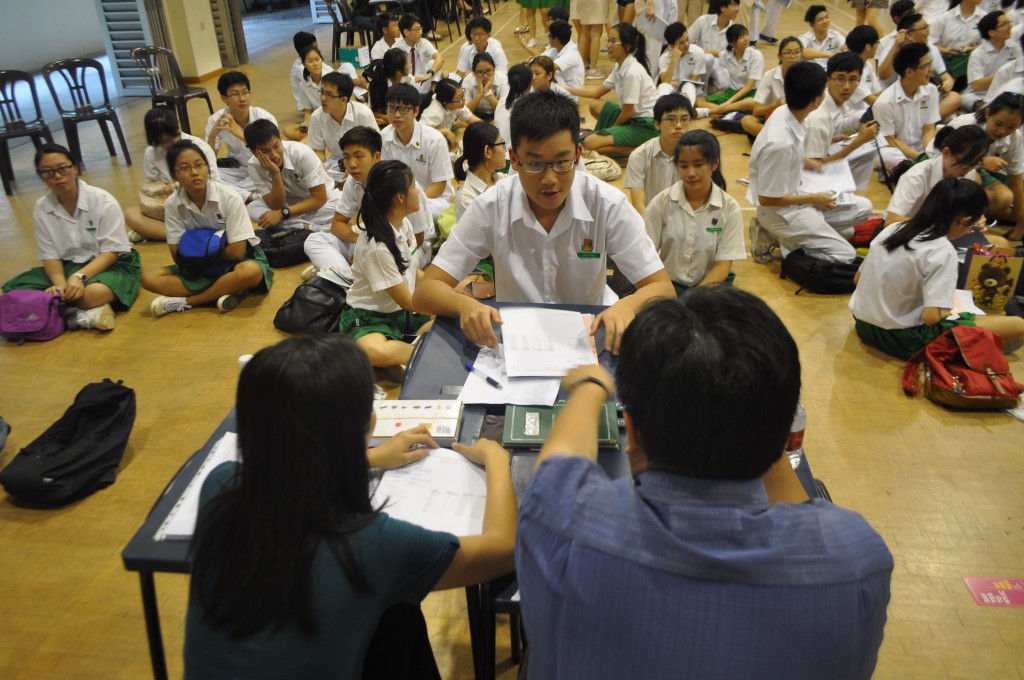 Beyond their academic achievements, the students who sat for the national examinations in 2014 have left a deep impression on their juniors and staff of GESS for being Gessians of excellence, standing and significance. The school would like to especially commend two students who exemplified these qualities.

Yu Bi Xun was laterally transferred twice during his impressive academic career at GESS. His strong sense of discipline and responsibility led him to be the top or among the top three academic performers in his class throughout his four years in the school, and it was on the basis of his dedication in his studies as well as his academic performance that he was laterally transferred from S1 N(T) to S2 N(A), and then from S2 N(A) to S3 Express. A committed member of the Saint John Ambulance Brigade (SJAB), Bi Xun represented the school and won the Silver award in the Inter-School Foot Drill competition in 2012 and the 3rd place in the Ambulance Adult Category in the Zonal First-Aid Competition in 2013. His consistent contributions to the SJAB helped them clinch the Gold Medal for three consistent years from 2011 to 2013 in the SJAB Corps Achievement Award. Bi Xun ws also part of the school team that won the 2nd position in the Inter-School Pet Rocket (45m) Precision Targetting Competition in 2013. A well-rounded individual who showed strength of character in all his undertakings, Bi Xun was also the proud receipient of the National Youth Achievement Award (Bronze), the EAGLES award as well as the Gan Clan Association Award.

Joseph Sunny Matthews is a prominent student leader who excelled in his academic and co-curricular pursuits. A Bronze award winner in the Singapore Mathematical Olympiad, Joseph also helped the school team clinch Second Prize in the Math Challenge organized by Singapore Polytechnic in 2014. As the Assistant Company Sergeant Major and Warrant Officer of the Company in Boys’ Brigade (BB), Joseph played in integral role in helping the students develop strong citizenship as well as competent first aid and adventure skills. His efforts, coupled with his strong leadership, helped the company achieve the first JM Fraser Gold Award in 2013 and 2014. Joseph also received a written commendation from a member of the public for personally ensuring that the donation from this member of the public toward the BB Share-a-Gift Project in 2014 was received in good order even though it was presented after the event had been closed.

As the school steps into its 130th year of excellence, standing and significance, we are heartened that the number of S4 N(A) students who are eligible for the Polytechnic Foundation Programme and the number who are eligible for the Direct Entry Scheme to Polytechnic Programme have increased compared to the previous year. We wish our graduands all the best in their future endeavours, and hope that current Gessians will be inspired by the example of their seniors to strive ever ONWARD in all domains of their lives.